What Are The Early Signs of Cushings Disease in Dogs?

Cushing's Disease is a disorder with symptoms that frequently track with other problems, making it an especially tricky issue to identify and treat. If you're worried that your canine might be having problems, keep an eye out for these early signs of Cushings Disease in dogs, especially if several appear together.

What Are The Early Signs of Cushings Disease in Dogs? 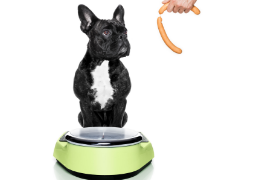 Of the causes of Cushing's Disease in Dogs, extremely elevated cortisol levels are among the biggest. The presence of excess cortisol in the bloodstream tends to encourage fat growth. You'll especially notice that your pet will develop a puffier face and a pot belly. The pot belly is usually due to an enlargement of the liver. Panting may also occur, and it's often dismissed as a symptom of obesity. If panting occurs in unusual circumstances, when it's not hot and your pet hasn't been active, it should be considered an additional source of concern. 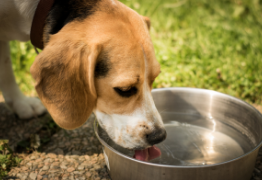 Thirsty While Needing to Urinate

One of the very early signs of Cushings Disease in dogs is a desire to drink a lot while also needing to relieve themselves a lot. Urinalysis is less likely to spot anything in a Cushing's case, but it can at least be used to rule out other possible conditions, particularly diabetes. 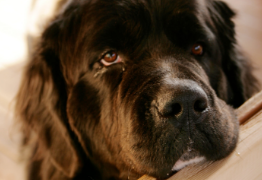 If your pet is regularly getting infections, this may be due to elevated cortisol levels. You should be particularly aware of any regular eye and ear infections. Dogs may also develop urinary tract infections, which can become especially unpleasant given the common need to urinate in Cushing's cases. A canine may also begin to develop skin infections or white patches of scale skin. 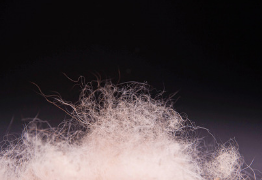 The fur on a dog's head and rear will typically remain intact, but Cushing's disease often causes loss of hairs in the middle of the body. The lost of hair should be relatively symmetrical to indicate Cushing's. 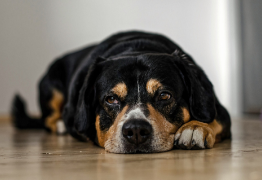 If your dog's behavior changes to the point that it seems to display an almost human level of depressiveness, this may be because one of the causes of Cushing's Disease in dogs is a huge swing in hormone levels arising from changes in the pituitary gland, usually from a tumor.
This can throw your canine's moods completely out of whack, and they may even become more aggressive, especially if they develop high blood pressure levels. Most concerning is that elevated ACTH levels can drive a failure of the adrenal glands. This can ultimately trigger Addison's disease, a life-threatening condition. Fortunately, if your dog's condition is spotted and treated early, Cushing's disease can be slowly rolled back. 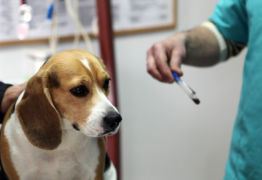 As the disease progresses, you may begin to see signs of neurological trouble. Some are hard to spot, such as circling, which is a fairly normal canine behavior. If your dog circles more than is normal for them before making a bed or when they're clearly not in a spot where they'd normally want to lay down, then that's a problem. In some instances, seizures may also occur. Extreme symptoms are usually indicative of a pituitary-induced version caused by a tumor. 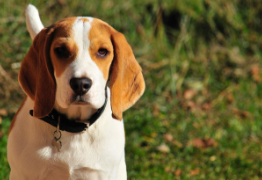 Cushing's risks are higher among specific dog breeds. The most common victims of the disorder are beagles, poodles, dachshunds, Boston terriers and boxers. The vast majority of canines who develop the disease are older than age 8.
Survival rates for dogs diagnosed with Cushing's Disease are about 10% after four years. Bear in mind, however, that the majority of dogs diagnosed with Cushing's are age 9 or older, and they typically die due to age-related diseases rather than Cushing's itself. When caught early, Cushing's disease is considered treatable.

& Free Delivery in the USA

Read How Lisa and Chris used the Adrenal Support for Their Dogs! 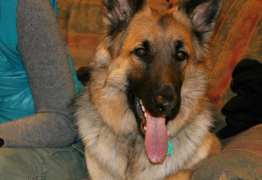 Very happy we tried the Adrenal Support. I could not afford the tests to confirm the Cushings so I decided to try the Adrenal Support anyway. Dramatic improvement in my girl's symptoms. She is active and playing with my kids again. I know Cushing's cannot be cured, but reducing the symptoms and improving her quality of life is a huge step forward. It has only been 2 1/2 weeks I will keep you guys updated on her!
Lisa R- Columbus Oh
My Dog was diagnosed with Cushings and I was heartbroken. Finding out that his suffering would most likely continue really hit me hard. He was there for s tough times in my life and I want to be there for his. The treatment was really expensive so I looked for alternatives. I wasn't sure about buying herbal supplements online but I figured why not. Needless to say, Iko is still with me today! No more panting, pot belly, and defiantly no more loss of energy.
Chris J- Mt. Holly Nc 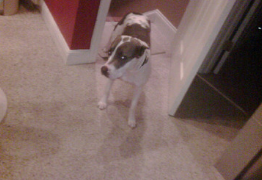 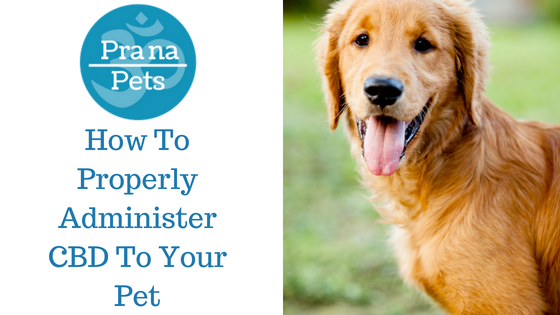 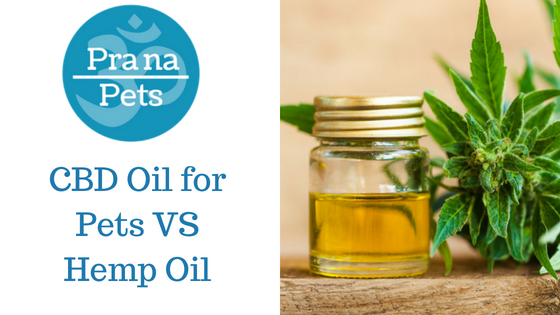