Since we started giving this to our Dog, she has started eating more and now has more energy. **

C-Support is a 100% herbal formula that provides superior immune-boosting, anti-inflammatory and systemic health support to both healthy and sick animals.  The premium blend of health-fortifying herbs found in C-Support can help to relieve common symptoms of immune dysfunction such as poor appetite, fatigue, impaired digestion, abnormal tissue growths, liver dysfunction, DNA damage, and general weakness.  Long-term, daily use of the herbs in C-Support is believed to promote longevity and improved cognition, making it an excellent choice for pets of all ages.

A healthy, responsive immune system is essential in protecting against illness and reducing the accompanying symptoms of disease.  A compromised immune system leaves the body vulnerable to sickness and is one of the main contributing factors to the development of diseases like cancer.  While many synthetic drugs exist to treat problems after they develop, natural approaches tend to be more effective for health maintenance and preventative purposes.  Medicinal herbs consumed daily can stimulate the immune system and help to relieve symptoms of illness, while reducing the likelihood of developing of a host of common diseases.

In addition to promoting healthy immune function, reducing inflammation is another necessary step in preventing systemic disease.  Inflammation is thought to be a significant contributing factor in the development of most common illnesses, from arthritis to cancer.  While a healthy diet and regular exercise should be the primary approach to reducing inflammation, there are also herbs which can provide excellent anti-inflammatory support.

C Support for Cancer contains a proprietary blend of the following herbs in a therapeutic dosage:

Alfalfa (Medicago sativa) is a deeply nutritive herb with a high mineral content, owing to its roots which typically grow to depths of 60 feet.  Alfalfa contains a variety of health-benefiting minerals such as Magnesium, Potassium, Phosphorus, Iron, Silicon, Zinc and Calcium, among other trace minerals as well.  Traditionally, Alfalfa was provided as food to restore a healthy appetite, normal digestion and physical strength.

Ashwagandha  (Withania somnifera) has been used for centuries in Ayurvedic medicine as a Rasayana or “Rejuvenator.”  Regular use of Ashwagandha relieves stress, improves energy levels, and improves health and vitality over time.  Ashwagandha has been studied for its ability to inhibit the growth of cancer cells, without harming healthy cells (1).  Ashwagandha also provides support to the immune system.

Asian Ginseng (Panax ginseng) is considered one of the world’s most effective adaptogens, due to its anti-stress and restorative properties.  Used for millennia in Traditional Chinese Medicine, Ginseng can be very helpful for pets suffering from fatigue, weakness, insomnia, cognitive impairment and systemic inflammation.  Ginseng has been studied extensively for its anti-cancer properties and is believed by Chinese herbalists to improve the flow of “Qi” throughout the entire body.

Astragalus (Astragalus membranaceus) provides anti-cancer, anti-inflammatory and immune-boosting benefits.  Considered one of the most important herbs in Traditional Chinese Medicine, Astragalus is traditionally consumed in soups to promote vibrant health and longevity.  Astragalus is believed to have a nourishing and protective influence on the liver and heart, and typically benefits animals exhibiting weakness and fatigue.  In China, Astragalus is considered a Wei Qi tonic due to its ability to protect against infection and ward off illness.

Cat’s Claw (Uncaria tomentosa) is a woody vine native to Central and South America.  Traditionally, the priests of the Asháninka Indian tribe in Peru believed Cat’s Claw to be a sacred herb due to its health restorative and protective effects.  Cat’s Claw possesses anti-inflammatory and immune-boosting properties that often benefit sick animals undergoing medical treatment.  Cat’s Claw has been studied for its ability to promote white blood cell formation and DNA repair in human subjects (2).

Cinchona (Cinchona calisaya) originates in the Amazon rainforest and is used to stimulate the appetite and promote healthy digestion.  Herbalists in South America have also used Cinchona for a variety of illnesses including malaria, respiratory infection, rheumatism, influenza and cancer.

Echinacea (Echinacea purpurea) is considered one of the world’s best immune-stimulating herbs.  Traditionally used by the Native Americans, Echinacea can be a very effective approach to fighting illnesses of various kinds due to its immune-boosting properties.  Traditionally Echinacea was prescribed as a natural pain reliever with a gentle anti-inflammatory action.  Various phytochemicals contained in Echinacea have been studied for their ability to combat tumor growth (3).

Milk Thistle (Silybum Marianum) is a liver tonic herb originating from the Mediterranean region.  Silymarin is one of the herb’s main therapeutic compounds, believed to provide anti-inflammatory, detoxifying, liver protective and anti-cancer benefits.  Promoting healthy liver function is considered one of the most important ways to approach systemic illness, and Milk Thistle provides robust liver support for improved digestion, skin health and longevity.

Mistletoe (Viscum album) is a gentle, immune-boosting herb that is used extensively in Germany to increase survival rates and longevity in cancer patients (4).  Extracts of this herb provide cleansing and health-restorative support to sick animals, while reducing unpleasant symptoms associated with immune dysfunction.

Use 2-3 times daily. Drops may be administered directly into the mouth, or mixed with food.

people are currently looking at this product

*These statements have not been evaluated by Food and Drug Administration. This product is not intended to diagnose, treat, cure or prevent any disease. The information on this Web site or in emails is designed for educational purposes only. It is not intended to be a substitute for informed medical advice or care. Prana Pets bases these statements on the historically established and widely acknowledged traditional uses of natural ingredients. 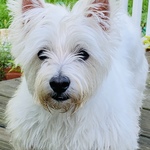 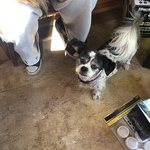 The testimonials reflect the experiences of customers who used our products. However, individual results may vary. We do not claim, nor should the reader assume, that any individual experience recounted is typical or representative of what any other consumer might experience. Testimonials on this website are not intended, nor should they be construed, as claims that the products can be used to diagnose, treat, or cure, any disease. No testimonial has been clinically proven or evaluated by the FDA